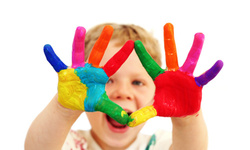 When should I enrol my child for kindergarten?

In the City of Maroondah, enrolments for kindergartens who are a member of MIKA are taken the year before the child is due to attend, enrolments open from 1 March and close on 30 June for attendance the following year. Enrolments are taken outside of this enrolment period if vacancies exist and all enrolment must be made to the Central Enrolment Office.

Can I enrol early?

No you cannot enrol earlier, your enrolment will not be accepted prior to the enrolment period.

Is there a charge to enrol?

Yes there is. There is a $27 enrolment fee for three year old four year old enrolments (this fee is waived for families enrolling under the Priority of Access Guidelines). This enrolment fee helps to fund the central enrolment system. If you have a multiple birth eg. twins, then only one enrolment fee is charged.

Is this fee deducted from my kindergarten fees?

No this is an administration charge and helps to fund the operations of the Central Enrolment Office.

Three year old does not at present receive any government funding (click here for exceptions), so the service must be funded entirely by fees. Four year old is subsidised by the government however fees need to be charged to cover the shortfall, these fees are set by the individual kindergartens and are kept as low as possible. If you have a current pension or health care card the government pays a higher amount to the kindergarten for your child so you will pay very little or nothing in kindergarten fees. Please contact the kindergarten of your choice for further details.

Is MIKA a part of the Maroondah City Council?

Can I apply for three and four year old for the one year?

No, your child can only enrol for one program.

If my child attends three year old, will they automatically receive a place at the same kindergarten for four year old the following year?

No they are not guaranteed a place the following year, attendance at three year old is not a criteria for placement at four year old kindergarten.

My child has already turned three and will turn four the year they are doing three year old. Is this ok?

Yes. Many if not most of the children attending three year old will turn four during the year.

My child is born in the period Jan to April do they have to attend four year old kindergarten the year they turn four?

No, in fact many of the children born in this period will attend four year old kindergarten the following year. Four year old programs are designed to accommodate children aged four to six. It is important that you make the decision that is right for your child, just because they are eligible to attend does not mean that they have to. If you require assistance in making this decision speak to the kindergarten teacher or maternal and child health nurse. There is also useful literature available on this subject.