NO JAB, NO PLAY

GRACE PERIOD
Some families experiencing vulnerability and disadvantage may face difficulties accessing immunisation services and documentation.  The law recognises that these families need additional time and help. It provides a grace period that allows the child to enrol and attend the service.
The 16-week grace period starts on the first day of the child’s attendance at the service.
Children who fall within any of the following categories are eligible for the grace period.
Children experiencing vulnerability or disadvantage
► Children who hold, or whose parents hold, a health care card, or whose parents hold a pension concession card, Veterans Affairs Gold or White card
► Children from a multiple birth of triplets or more
► Children who are refugees or asylum seekers
► Children displaced by family violence or homelessness
Aboriginal and/or Torres Strait Islander Children
► Children identified by their parents as Aboriginal and/or Torres Strait Islander
Children known to child protection
► Children who are on or have been on a protection order
► Children in or who have been in foster care or out-of-home care
► Children or families that have received support from child protection
► Children who have had a report made about them under the Children Youth and Families Act 2005
► Families that have received support through Family Services including Child FIRST; services connect; a community-based child and family service; or an integrated family service.
Children in the care of an adult who is not their parent
► Children in the care of an adult who is not the child’s parent due to exceptional circumstances such as illness or incapacity
Children in emergency care
► Children in emergency care (for example, emergency foster care) under the Children, Youth and Families Act 2005
Evacuated children
► Children evacuated following an emergency (such as flood or fire)

* Children are eligible to apply for three year old provided they turn three years old by 30 April the year they attend.  However, no child can commence sessions until they have turned three. If you wish to accept a place and hold it until your child turns three, a holding fee may apply.

* Even if your child is eligible to attend three year old in accordance with the table above, that does not mean they must attend that year. You can delay your child's attendance until the following year depending on your child's requirements. Three year old groups will have children between the ages of three and four in them so they will still be attending with their peers.

Government policy allows a funding subsidy for one year of four year old kindergarten per child in the year prior to school entry. A second year of funded kindergarten may be granted by the government in limited circumstances.  Please consult your child's teacher further regarding this issue. 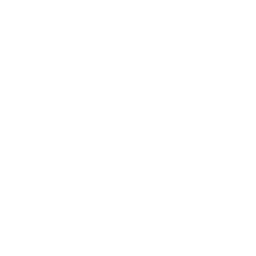